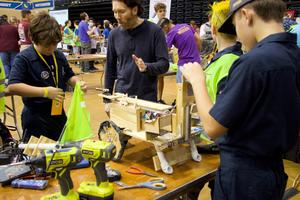 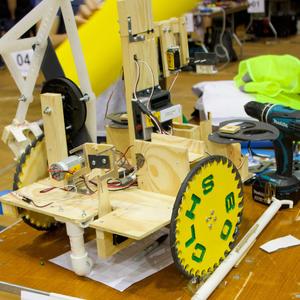 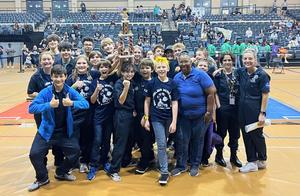 In the BEST award category, the SBMS team took the title, coming in first place with the SVMS team in second place and the HCCPHS team in fourth overall. This award is based on the combination of scores from the team’s notebook, marketing presentation, team exhibit, interview and robot performance.

For the second year in a row, the SVMS team received the Society of American Military Engineers (SAME) award, which is given to the team that demonstrates the most initiative, cohesiveness and overall excellence in all facets of competition.

This year marks the 30th season for BEST Robotics which chose the theme “Made 2 Order,” for this fall’s challenge. With this theme, students are focusing their efforts on a global world challenge – improving the supply chain. They are finding fulfillment solutions, using their robots as part of the supply chain production and more.

Read more about this year’s theme.