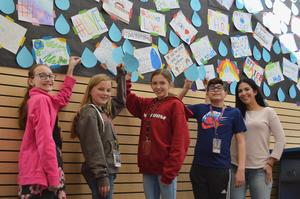 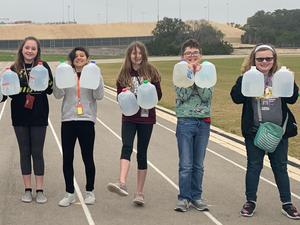 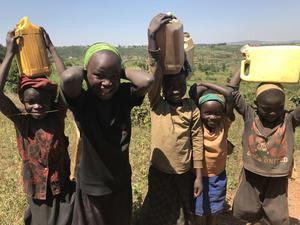 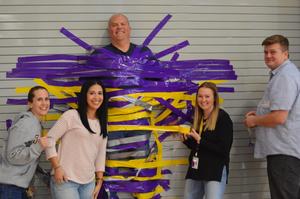 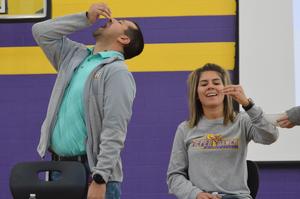 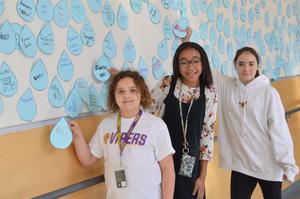 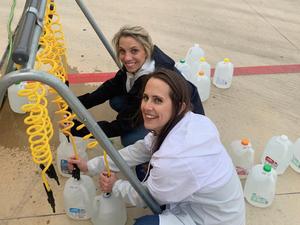 Teachers strive to provide their students with real-world lessons on subjects that will impact their lives today and in the future. The sixth grade teaching team at Pieper Ranch Middle School did just that when it collaborated on a project-based learning unit about water. The result is pretty amazing.

Sixth grade students at Pieper Ranch Middle School raised $8,500 for a water well in Rwanda during what they dubbed as “Water Week,” Feb. 25-28.

This is not just any water well, though. This well will be drilled for a school in Rwanda where students walk more than four hours a day to carry fresh, clean water to be used for drinking, cooking, bathing, and many more daily tasks often taken for granted in the United States.

While one well costs the nonprofit organization, WHOlives, with whom the class partnered, $5,000, the 480 PRMS students exceeded their one-well goal and now hope to raise the additional $1,500 it will take to build another well and help two schools and more children.

The wells, however, are just part of this story which began months ago with the collaboration of the entire sixth grade teaching team working together to provide their students with real world experiences centered around the same theme – water. Each core subject took a piece and integrated it into daily lessons.

“As a New Tech Network project-based learning campus, we are using authentic, real-world experiences and developing a 21st century school which prepares students with vital skills to be productive citizens in our global economy,” explained Nichole Ried, one of the sixth grade English teachers at PRMS.

The water project began in social studies, where students read a book, A Long Walk to Water, by Linda Sue Park, based on a true story of two 11-year-old kids from Sudan; Nya and Salva.

Nya’s story is from 2008 and talks about her two-hour walk which she makes twice a day to carry fresh water to her home. Salva’s story is from 1985. He grew up as a “lost boy” and refugee looking for safety on foot. His story of survival intersects with Nya’s story when he returns to her village to drill a water well.

“Through the book, I realized how fortunate we are to live where we live,” said sixth-grade student Kenedi Thornock. “It was interesting to read about what life is like in another country like Sudan.”

In math, students took the information from the book and made personal connections to their own water use, even experiencing what it must be like to carry water for an extended period of time. Using math formulas, students filled two one-gallon containers of water and calculated how long it would take them to travel as far as Nya traveled in her book by walking a certain distance around the school’s track.

For sixth-grade student Nick Gazza, the ‘water walk’ carrying two gallons of water around the track in four minutes really brought home what Nya and other students like her must endure just to have fresh water.

In science, students were asked to keep a daily log of their own water usage, and then they learned about “hidden water,” and how everything they do ties back to water. They learned about water conservation, where it comes from and water contamination. They also listened and worked with guest speakers including a representative from San Antonio Water Systems (SAWS) and a representative from HACH, a water quality testing company.

“I enjoyed tracking how much water I use on a daily basis,” said sixth-grade student Alec Nohe, “and comparing my use to the book.”

In English, the students focused on empathy and persuasion, using their writing skills to craft persuasive letters to their parents seeking donations to help build a well for the school in Africa.

Lauren Petranek, another PRMS sixth-grade student, enjoyed working through every aspect of this project both with her classmates and her teachers. She enjoyed learning how together they could make a difference.

Watch a video from the founder and CEO of Water Access Rwanda, Christella.

-Pictured are four of the 480 sixth-grade students from Pieper Ranch Middle School who participated in a project-based unit on water culminating in a fund-raising effort to build a water well for a school in Rwanda, from left, Alec Nohe, Kenedi Thornock, Lauren Petranek, Nick Gazza and science teacher Nicole Santos.

-PRMS students carried two one-gallon jugs of water around the school’s track to calculate how long it would take them to walk the same distance it takes children in Rwanda to carry fresh, clean water daily. Pictured from left are Kenly Coke, Vanessa Garcia, Kate McCormick, Hunter Gates and Ema Gillespy.

-Pieper Ranch Middle Assistant Principal Ryan Richter was taped to the gymnasium wall after the sixth grade class met its goal to raise $5,000 for a water well in Rwanda.